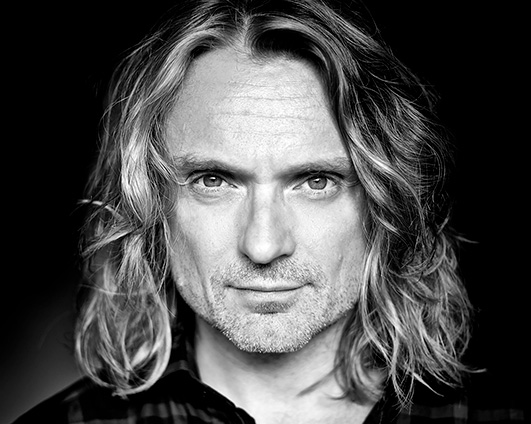 Martin Wezowski works as Chief Designer & Futurist for SAP’s Technology & Innovation strategy team. He is lecturing as a faculty member of Futur/IO, an European future institute and he is involved in other education programs. He moved across a range of disciplines from UX, to systemic design to define innovation visions and strategies. Right now, he is on the mission to map, build and inspire a future we want to live in. He crafts future outlooks, concepts,  products, defines and runs innovation frameworks to find out what’s next and beyond for SAP’s cast ecosystem and the future of work. 2017 he was named 1 of 100 most innovative minds in Germany as the “Software visionary” (“Handelsblatt”).

Martin talks about the mechanics and dynamics of change. How fast is it? What it means to be an innovator and strategist is transforming faster than before, from classic product definition and styling of the superficial, to systemic connections of everything, including social and political systems, deeply rooted in a space of challenges and promises between cutting edge tech and humanism. In an exponential and converging digital-fueled change, we design a relationship, a behavior, that the product will follow. This change is our most important innovation brief and the stakes are high. Technology is the human evolution, it creates a playground that Martin calls the “Humachine”, a symbiosis between human ingenuity and machine intelligence, this opens new horizons for our imagination in a time when “now” has never been so temporary. Bringing these thoughts together we need to answer the question “What is human, and what is work in a superhuman future?”

Martin studied construction engineering, design and modern media production technologies. Prior to joining SAP in 2013, he worked for Sony Ericsson (Sweden) as creative director for 7 years. He also lived in Shenzhen, China for 2 years while serving as director of the UX board (Huawei). His innovation strategies helped to bring the Chinese tech giant’s consumer business from number 8 to number 3 in the marketplace.

He builds on his international adventures stretching from Poland, Sweden, China to Germany and across companies like SAP, Sony and Huawei, crafting innovation strategies for consumer electronics, media services and business software. There are probably very few Sci-Fi movies Martin have not yet seen, there are hundreds of forests he would love to mountain bike in, and miles of coral reefs to dive on. Ask him about anything of the above and you will catch a spark in his eyes and possibly an interesting conversation.

To know more about him, see his panel at WeAreDevelopers conf.